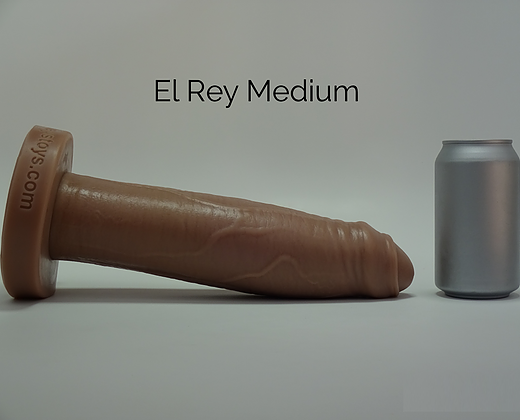 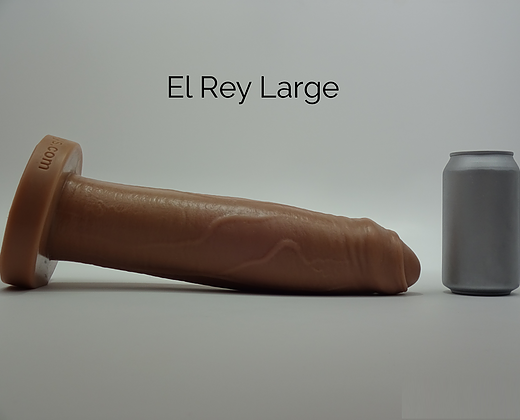 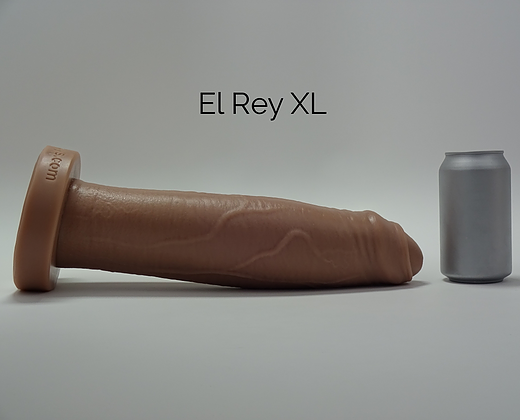 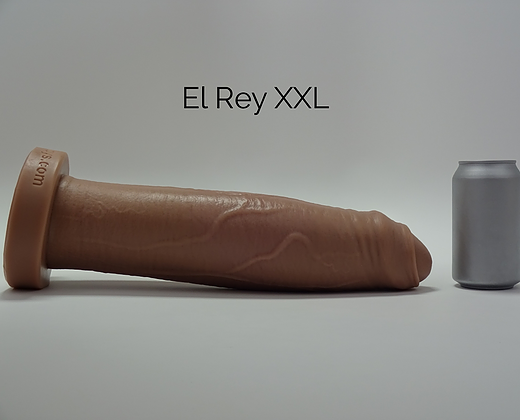 The words “Put your back into it” have never ringed so true with me before, with each movement I just felt So comfortably stretched and filled as El Rey pushed back. It was when El Rey was deep inside me when I got the shudder of a lifetime; I shouted out as I climaxed feeling each after pulse as my pussy gripped hold of El Rey as I slowly slid him out of me, orgasming once again as the bulging bell-end left me. I lay on the floor enjoying the sensations El Rey had left me with.The next day I was telling Master X of my experience of El Rey and how much I had enjoyed something so big he was surprised, as I said when I first unboxed him he made by eyes water. He then told me to get El Rey as he sipped his coffee at the breakfast bar.

So I grabbed my Vac-U-Lock suction cup and attached him to my full-length mirror. As I slipped him back into my dripping wet stretched pussy I could feel him sliding deeper inside me I felt like I had lost all control as I shuffled back onto him.

Master X immediately snatched El Rey from me, hitting El Rey into his hand like a baseball bat he demanded I take off my knickers and sit on the stool in front of him. So I slipped off my knickers to the floor and climbed onto the breakfast stool. He parted my cheeks and massaged my anus with two fingers applying lube; it felt exquisite. He stopped suddenly and then I felt it. El Rey’s bulging tip pressing against my anus forcing his way inside me, he felt even bigger than when I was riding him a day earlier, he was going to break me. It was so big my little butt cheeks were being stretched by him never mind my tight as; my eyes began to well up. I could feel him in my stomach; he was not going to go any deeper, so Master X pushed the balls up the shaft slapping my pussy hard. He then grabbed El Rey with both hands and pounded my ass so hard I struggled to keep myself on the stool with each thrust the big balls slapped hard against my pussy I really could not take much more. Then it stopped, I felt Master X let go and leave El Rey deep inside me. I was so relieved, but then I felt him sliding out, and with a pop and a thud, El Rey hit the ground.

I retreated to the bedroom to recover I could tell this was going to hurt a little in the morning, but I must have deserved the punishment.

The BOLERO by Pillows Foreplay Review

The BOLERO by Pillows Foreplay Review

We will be happy to hear your thoughts