So you all may have read my review of Bumble Hooves the Unicorn and if you haven’t you should, Bad Dragon was so happy with my review after all I love Bumbles they have asked me to review another toy from their range. Now because I loved reviewing Bumbles so much Panda Boy said he had another Unicorn I could try out, this wasn’t the completely true. Panda Boy has sent me Chance the Stallion in disguise and wow is he a BIG BOY.

So Chance the Stallion has turned up with his cock painted like a rainbow and a paper cone for a horn, trying to trick me into thinking he’s a Unicorn but I could see right through his disguise because he is anything but cute and cuddly looking like Bumbles.

Specification of my Chance the Stallion

So the specification of my chance is as follows:

I literally ripped open the box when it arrived, I just couldn’t wait to get my hands on my custom Chance from Bad Dragon after all they are the best 100% silicone sex toys I know about.

WOW!, Chance is a big boy I held him in my hands and was in awe of his beauty he didn’t struggle to have all the colours of the rainbow along his shaft that’s for sure. I was at first a little disappointed as I had asked for a suction cup base but it turns out that the suction cup element is built into the base not an added part which was really good as it didn’t ruin the look and feel of the toy and the suction is really powerful.

One last thing before I try out Chance I thought I would compare him in size with Bumbles I have to say he’s a lot bigger and a little intimidating but I am sure I will love him.

Getting to Know Chance the Stallion

Ok so Chance is out of the box, and I have to say that the old saying hung like a horse has just become a reality to me, and I only have the medium sized chance. The fact that he is rainbow coloured makes him come across a little more less daunting, and I have already come up with a fun game to play later I like to call “reach the rainbow” more about that later.

Now if you read my review on Bumble Hooves the Unicorn you will know that I fell in love with Bumble but when I first got him out of the box I was a little intimidated by his size and now holding Chance in my hands (yes hands he is that big) I feel stupid for letting Bumble intimidate me because now I am very intimidated.

I had managed to get to GREEN but I knew I could do better do I removed him from the shower floor and attached him to the wall of the shower and tried something I hadn’t done in a while the vertical splits (don’t try this at home it’s dangerous especially in a wet shower) as was balanced on one leg I slid him inside me, this really tested the suction cup on the toy but it held out well and with Chance being a big boy he helped my balance a little like a third leg.

I just couldn’t stop myself from imagining Chance pounding my small tight pussy effortlessly with his 10″ inch super cock, as I tighten myself around him I began to orgasm like I never have before. My legs were weak and shaking I had to slow down, it was so powerful I couldn’t take him out of me. As my orgasm was subsiding I slowly remove him from me but he had not finished with me yet as his tip slid out of my very wet pussy he set off another orgasm I was in heaven.

So I decided to test drive chance somewhere wet and steamy so it would be easy for me to ease him into me with an unlimited supply of lubricant. That’s right the shower, what better place to loosen up and relax with a ten-inch stallion cock.

Chance is super squishy just like Bumble but he has a lot more texture veins popping out and a 6-inch bellend and matching middle ring. I stuck him to the floor of my double shower and kneeled behind him measuring him against my stomach, there was no way in hell I was going to get him balls deep he passed my belly button. This is where I came up with the game ” reach the rainbow” the rules are simple stuff my pussy with Chance and see which colour I can get up purple being the ultimate goal. So with the shower running I started to slip the rather thick bell end of chance into my pussy, it took me a little while and when I managed finally get his bell end in me it went with a very satisfying pop. I continued to ride him getting him deeper and deeper inside of me my little pussy was filled with at least 5 – 6 inches of pure stallion cock and it felt great I could feel the veins slightly stretching me as I rode him. Poor little Bumble was being put to shame as I felt myself climaxing as the medial ring teased my pussy and the head of the dildo softly punched me inside. As he slid in and out of me I could feel the suction cup keeping him in place, I came all over him and bowed my head while I quivered with him still inside me. 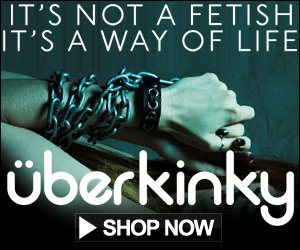 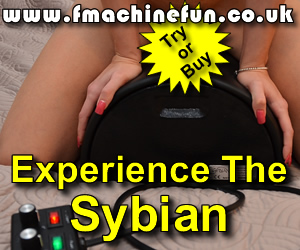 Hi, I'm Skunky the "best" blogger here on Kinky Bondage Fetish Blog, I love all things fantasy and furry. I love talking too so please comment on my posts I will always reply ;)